Posted by greenstone on August 7, 2012 in Sculpture | 0 comments 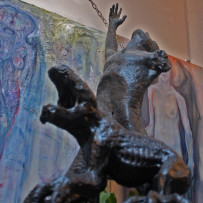 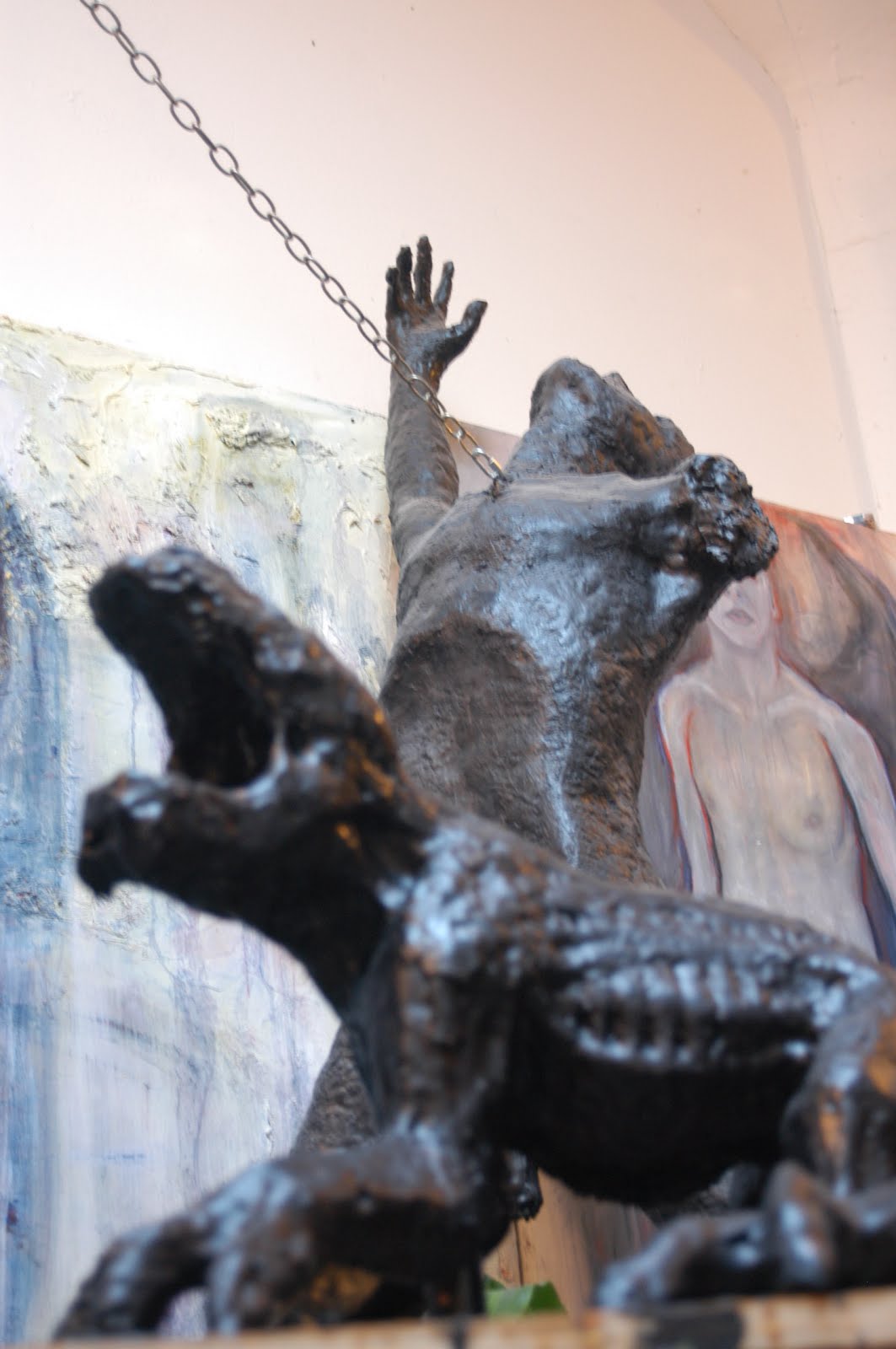 Initially I intended to practice the lost wax method of fabrication for bronze and began sculpting my figures out of beeswax (with blackened bone added for pigment) over wire or welded steel armatures with my sculpting mentor, Pete Miles, in his Burke Hollow, Vermont foundry.  But as he looked over my pieces, he noted that I had breached the limitations of foundry casting.  Particularly with regard to the “Sitting Ghost”, he remarked that the piece wouldn’t cast well due to its cavernous geometry. He said parts of the mold would become trapped in such complex contours. 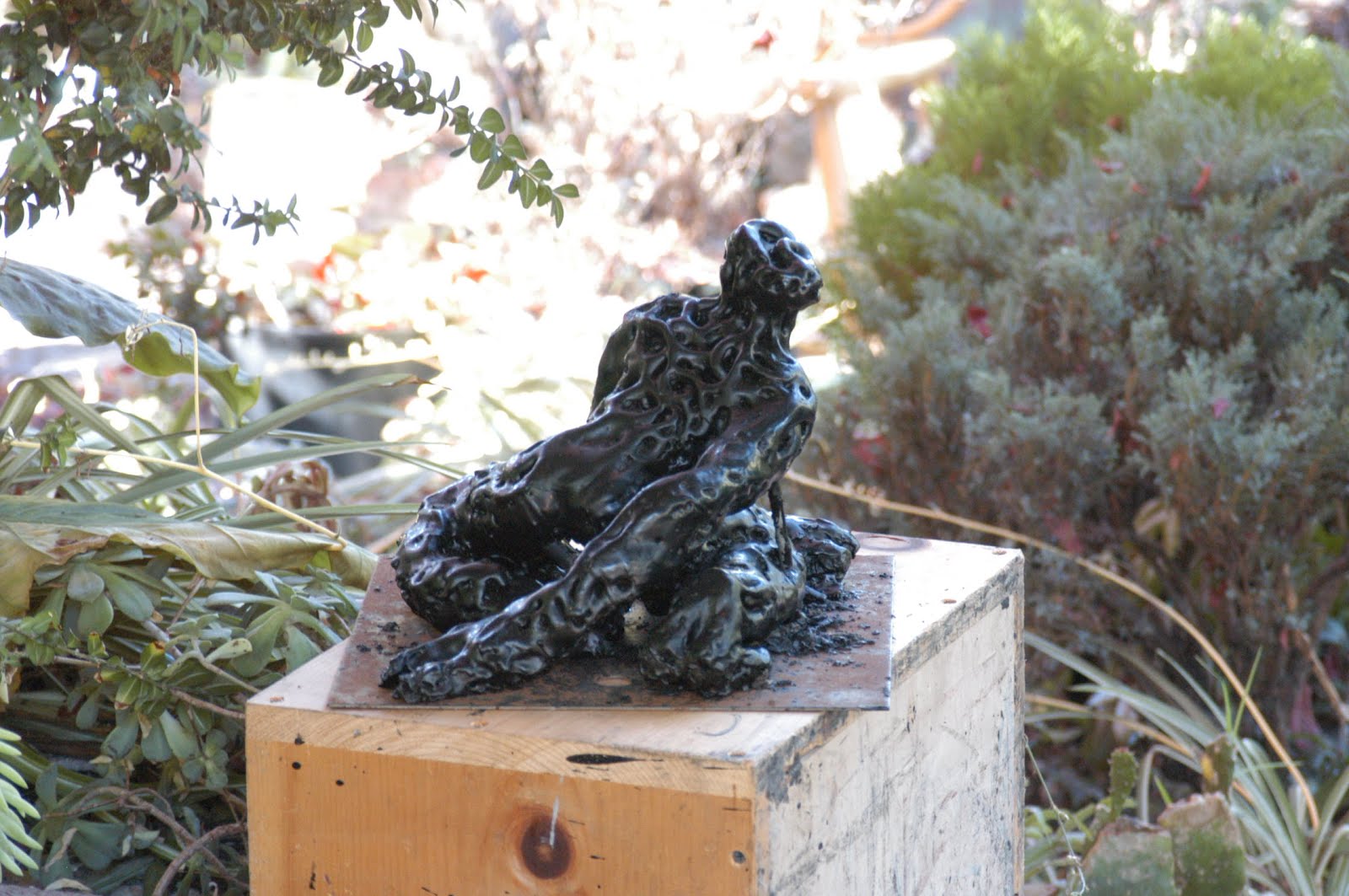 Bees wax Sitting Ghost just before it was scanned

I explored 3D Printing (3DP) and rapid prototyping technologies, but found that these manufacturing processes were only available for plastics and other polymer synthetic materials.  I talked to Lisa Federici at Scansite in Woodacre, CA and her husband took my wax sculptures and scanned them with a laser into a digital format while I waited and hoped for the industry to evolve some method by which my sculptures might be fabricated out of metal. 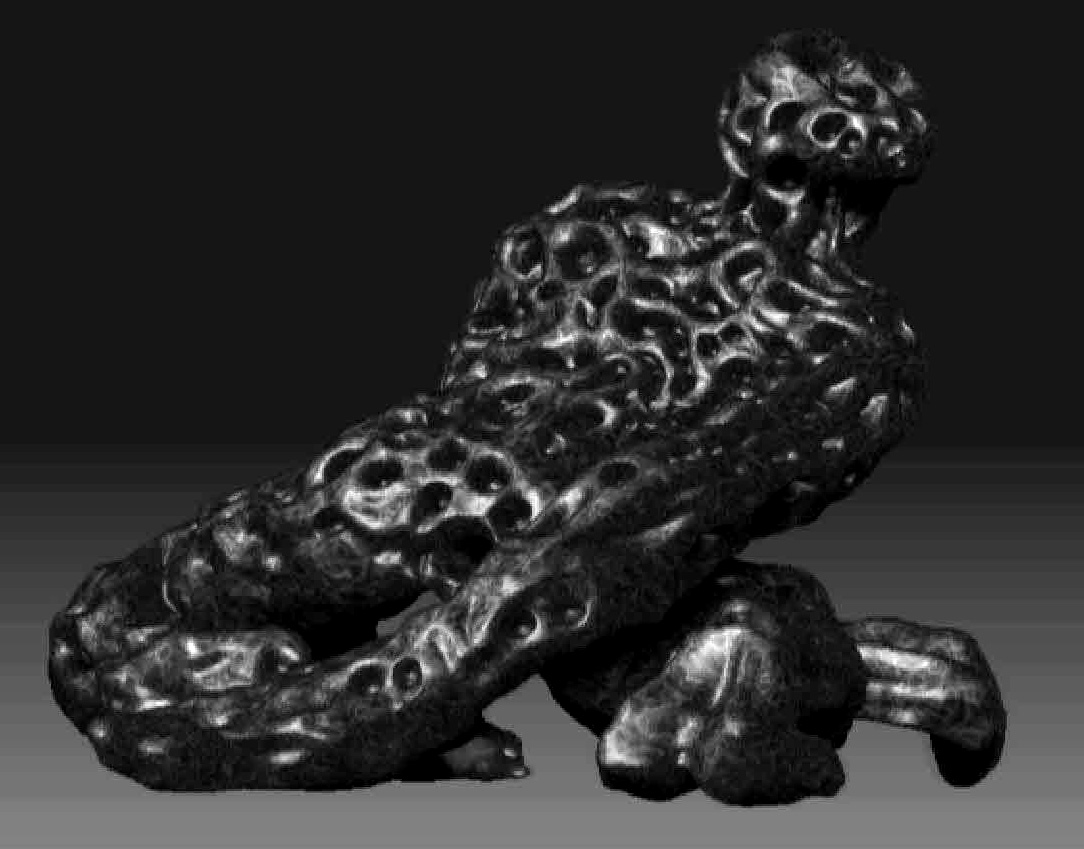 Scansite is the Leading Provider for Reverse Engineering and 3D Digitizing Services and the Applications of these Technologies to Advance the Fields of Manufacturing, Industrial Design, Art, Architecture, Automotive, Aerospace and Cultural Heritage.
P. O. Box 695
Woodacre, California 94973-0695
(415) 488-9500
info@scansite.com

For the next five years I worked completely digitally on the Sitting Ghost and other sculptures in ZBrush. Then 3D Printing out of metallic powders became available at a Pennsylvania facility called Ex One where I was assisted by Diane Stemple and her co-worker Mike Orange.  The finished pieces are fabricated from 30% recycled Stainless Steel and is 100% recyclable.  Some of these sculpture are up for sale on kickstarter in several different sizes out of  Stainless Steel this Fall 2012. 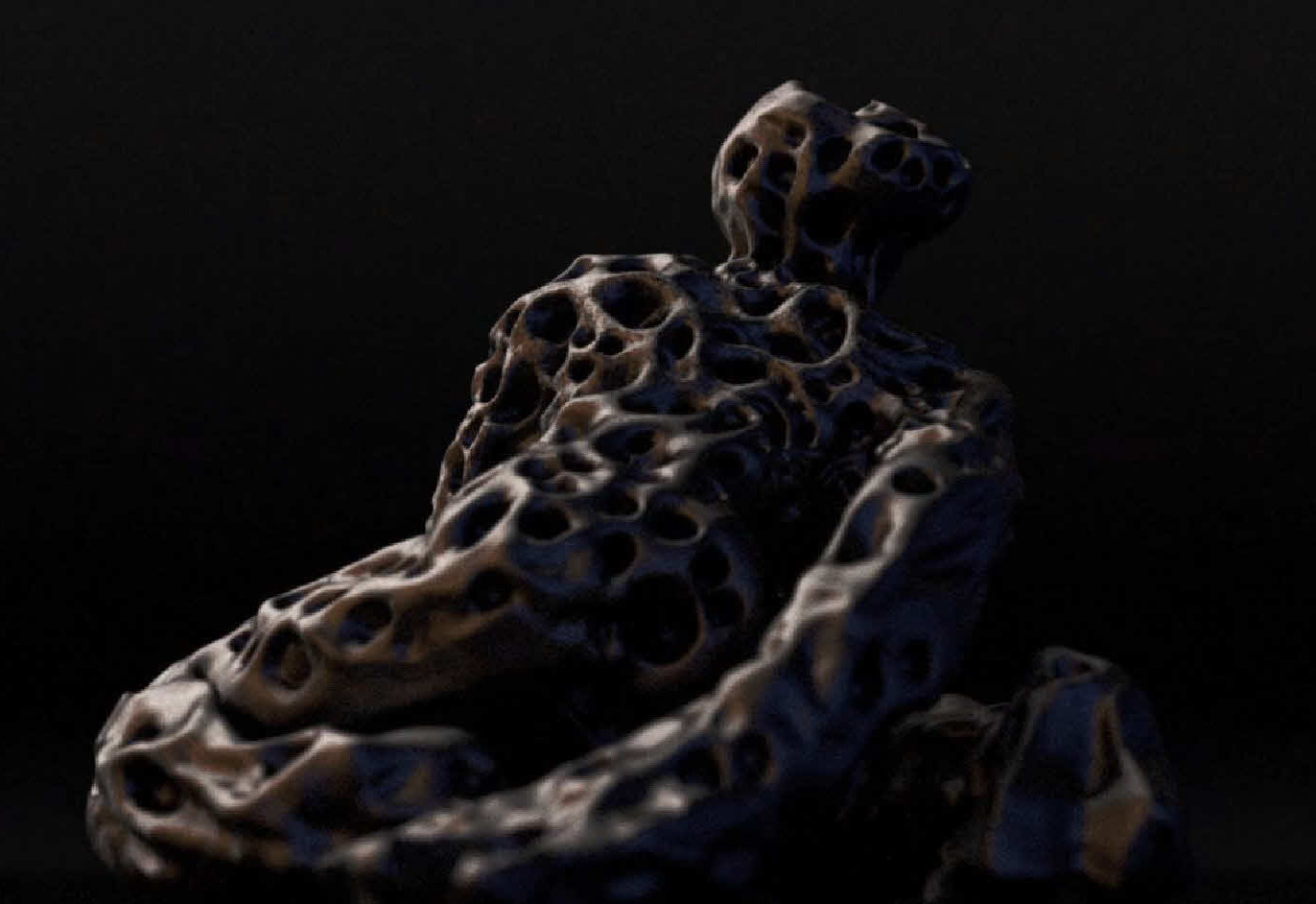 3d digital sculpting in Zbrush led me to other virtual explorations like holography and motion capture technology. Thus far I’ve built a 6’x8’ “Pepper’s Ghost” holographic projection system in my garage and I have it set up for motion capture so that I can sculpt effectively.